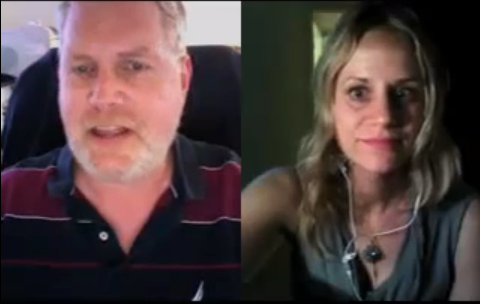 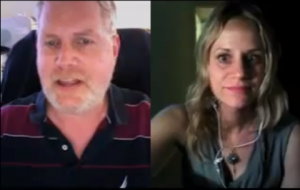 It also attracted a huge amount of attention. It was recommended on Facebook 915 times. Now figure the number of people who read that was many many times that number but did not want to like it because of the title. The article also got the attention of the editors at the Times of Israel and they hired Sarah as their social media director.

In the course of the year, the Times of Israel has come to dominate social media in Israel. In one year, they eclipsed, surpassed, and frankly – beat the pants off the older Jerusalem Post. I’ve been watching Sarah’s work online for a while and fortunately, she agreed to this interview.

In our talk Sarah discusses what makes a site great. Hint, it’s about the content.

It’s also about the edginess of the content. Imagine if Sarah’s article was called, “An Embarrassing Discovery”. Not quite the same.

Sarah talks about the other blog she was associated with Kveller. Note how that blog is really written for a highly defined audience. It’s not for everyone.

Sarah is passionate about her writings and you can find her works on The Huffington Post and Jezebel as well.

According to Sarah, one of the keys to launching a “supersite” is getting a great team of writers and mastering social media. To attract a writer of Sarah’s calibre means your site isn’t starting from scratch or she probably wouldn’t give it a lot of attention. She cares about how her name is presented and would be highly selective about who she works with.

Sarah is on the cutting edge of using social media to promote a news site.

In this interview a true Social Media rockstar reveals how a super site works behind the scenes.

Make sure to have a notepad handy while you watch.

Share your take aways in the comments area below. It’s the best way of helping you integrate the material.